There’s no doubt about it—fire sprinkler systems save lives.  According to data from the National Fire Protection Association (NFPA), in 2010-2014, sprinklers effectively controlled 96 percent of fires when operated. In addition, injury to firefighters was 67 percent lower in situations where sprinklers were present. Fire sprinkler systems are a must in most commercial buildings. […] 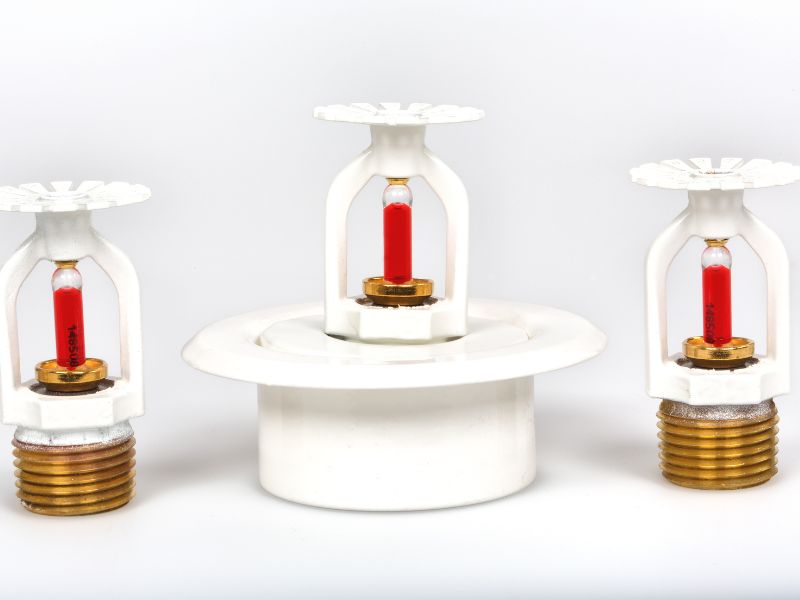 There’s no doubt about it—fire sprinkler systems save lives.

According to data from the National Fire Protection Association (NFPA), in 2010-2014, sprinklers effectively controlled 96 percent of fires when operated. In addition, injury to firefighters was 67 percent lower in situations where sprinklers were present.

Wet pipe fire sprinkler systems are the most popular. They’re found in most office buildings, schools, and high-rise residential buildings. As the name suggests, the pipes in this system contain water. The system works with a temperature gauge. When the fire sprinkler element reaches a specified temperature, the element breaks and activates the sprinkler. This type of system is simple to maintain. However, it does have its quirks. As water is actively present in the pipes, the facility must maintain a minimum temperature (usually around 40 degrees Fahrenheit).

A dry pipe sprinkler system works similarly to the wet pipe sprinkler system. However, instead of being filled with water, the systems are filled with nitrogen or pressurized air. The air’s pressure keeps the pipe valve closed, stopping the water from filling the pipes. The fire sprinkler is sensitive to sudden temperature increases. When something like that happens, the air pressure drops, and the dry valve pipe opens, flooding the sprinkler system and sending water out into the room. This system is perfect for cold areas and is common in unheated warehouses, parking garages or even attics.

A pre-action sprinkler system carries pressurized air, but the activation process is twofold. First, a smoke detector must sense a fire, which then signals the system to open the pre-activation valve, filling the pipes with water. Next, the sprinkler head itself must feel an increase in temperatures that’s indicative of a fire. If the temperature increase indicates a fire, then the sprinkler opens, extinguishing the flames. This type of system prevents accidental activations, making it perfect for museums, server rooms and data farms.

This type of sprinkler system is for big fires. Unlike the systems mentioned above, this system doesn’t have water in pipes or pressurized air. When a smoke detector detects a risk, the ‘deluge’ valve opens. The system sends water to all the fire sprinklers in the room, so the entire room is covered in water in a matter of minutes. It’s perfect for areas with highly combustible materials such as aircraft hangars, industrial plants and large-scale manufacturing businesses.

At A&A Fire Protection, our inspectors come from an installation background and are trained in the proper code standards. The NFPA details all of the requisite codes and inspections in NFPA 25. An assessment of your system will consider the following steps:

All of our technicians are fully briefed and compliant with NFPA 25 and NFPA 15.
If you have any questions about fire sprinkler systems and maintenance, our experts are standing by—contact us today.